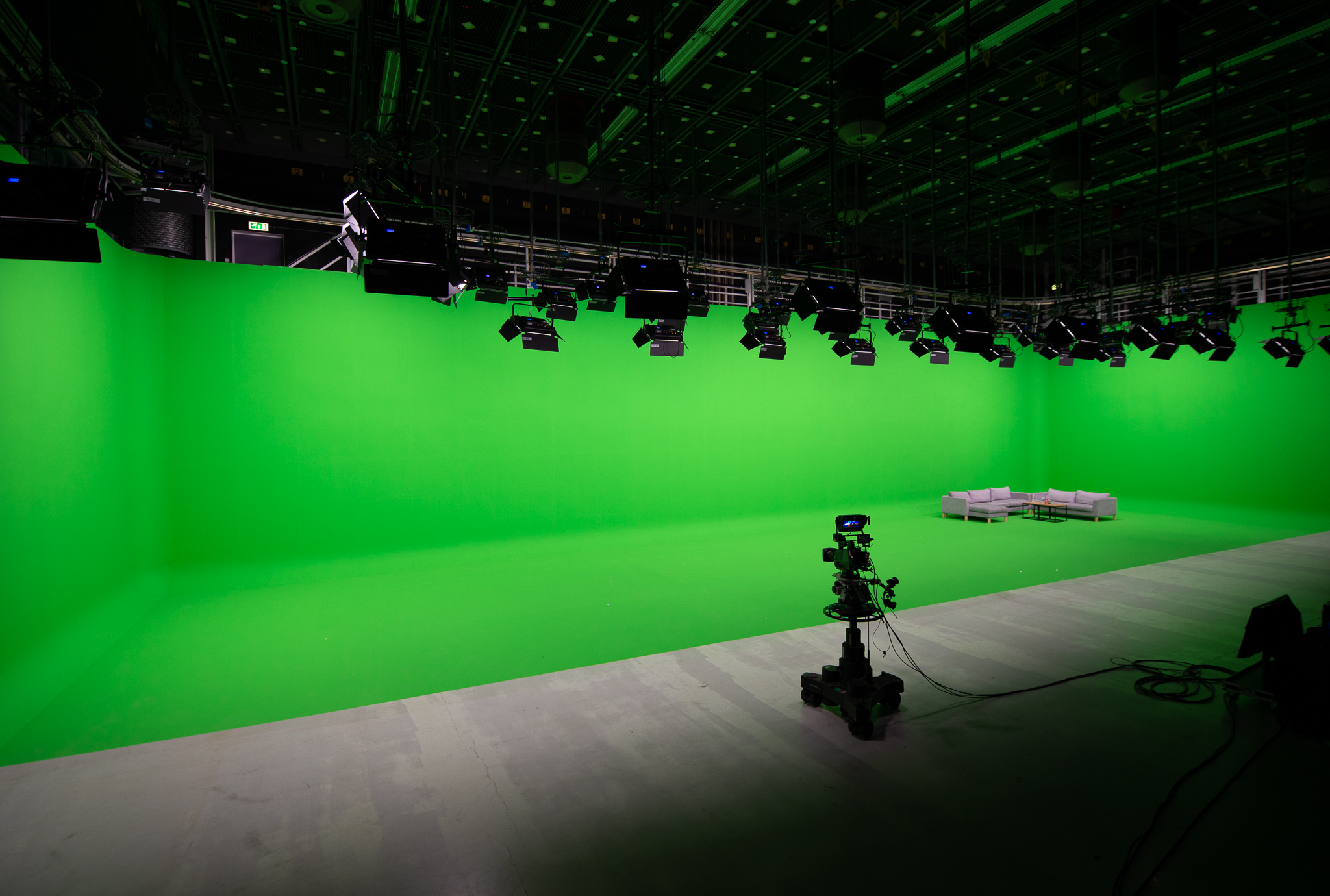 NEP has built one of Europe’s largest green screens in one of its studios at the Media Park. The green screen in Studio 4 is an incredible 25 meters wide. As such, NEP lowers the threshold to use virtual sets for short-term productions. This means the virtual and augmented reality production tools, including real-time data and statistics integration in combination with the most realistic render quality available on the market, will be available to the entire market.

During the past two years, NEP has invested in state-of-the-art render engine technology and has set up a team of 30 designers, technical artists and developers. The team is responsible for many TV productions in the Dutch market as well as in the United States, England, Germany, Thailand, Italy and the Middle East. In addition, they have developed an end-to-end workflow, including a software layer that can be seamlessly integrated with multiple-camera registration. A render engine from the gaming industry brings photo realism into the domain of broadcasting.

The new chromakey studio is connected to NEP’s core infrastructure and Centralized Production platform, which means it is well-suited for use on short-term or one-off productions and pilots.

The size of the green studio now enables program makers to run bigger productions of any genre, from big live entertainment programs to game shows and from large-scale talk shows to news broadcasts. At the same time, multiple small studios can be set up right next to each other so that when one program ends, the next can be started right away. This means resources are used more efficiently and buyers only pay for the duration of the program.

“We've been working with big content parties for some time now, but this way, augmented reality can also be used for smaller productions,” says Ralf van Vegten, Managing Director of NEP. “After all, not everyone is able to set up his own studio, especially if you want to use augmented reality for a short time only. From now on, however, of the inspiration and creative possibilities of AR is open to nearly everyone.”

NEP is the global market leader in building the most realistic, dynamic and data-driven virtual sets. Apart from this expertise, NEP has all the tools to run fully-fledged virtual projects, including AR, thus offering a complete end-to-end solution. Van Vegten: “Clients are welcome to visit us so we can show them what we’re capable of. We will take them on a journey of the creative process before the format is completed at the front, so they have a better understanding of the possibilities. And those are infinite with augmented reality.”